I used to be a huge tv junkie. I’m not so much into television these days, but when I do look for something to watch, it’s either a show that is no longer aired or a movie that was made years ago.

As I’ve gotten older and developed into this self-defined feminist that also stands in all of my blackness, I’ve realized how unwittingly influential the women I’ve watched on television have shaped my mindset about who I am and the power that I contain.

I’m sure there are plenty more influential women of all kinds of colors that I have missed out on, but these are just some of the women whose characteristics have had an impact on my own life.

1. Original Aunt Viv of Fresh Prince of Bel-Air: Although she may have a first class seat on the petty train these days, no one can ever deny that her character on Fresh Prince wasn’t the shizniyee. The depth that she gave to that character was not a role. You could tell that she believed in every stance she took on that show. From educating prep school students about Black History, to standing on her on as a woman and mother, to dancing her butt off against a younger group of women, Janet Hubert was it, honey. She lived a comfortable life without forgetting from where she came. She embodied the element of balance and grace (all while wearing some baaaad suits, y’all). Before “Aunt Viv Lite” or “Aunt Viv (The Remix)” came along, this character had power. She taught me that it’s ok to have a dominant personality, voice my opinions, and demand respect from my peers. So shout out to you, girl.

And for your throwback pleasure: Aunt Viv Dance Scene

2. Claire Huxtable from The Cosby Show: Now, listen. To this day, nobody is touching the ever-so-fabulous Claire Huxtable. She was an educated, bilingual lawyer, with about 17 kids (ok that was a bit dramatic) and was still getting down to her business without breaking a sweat. Now, I know you all remember that infamous scene where she told Elvin about himself. She was clearly a woman with a feminist mindset, but still had an element of softness and warmth to her. Growing up, there were so many negative connotations I heard that went along with the word “feminism” that I was afraid to participate in the movement. I felt as though the impression was that if you are a feminist, you hate men and you’re not open to love from the opposite sex. Claire was a factor in breaking that barrier for me. She was so clearly in love with Cliff and would have done anything for not only Theo, but the spouses of her daughters. She helped to show me that feminism is not about “coping” with manhood, but that it’s about trying to live your best womanhood. She showed us that you can stand in your belief and still be full of love.

And of course…I have to share the scene where she got Elvin ALL THE WAY TOGETHER: Claire Huxtable Going for the Jugular

3. Maya Wilkes from Girlfriends: I’m completely obsessed with the show Girlfriends. I watch all of the episodes on repeat as I fall asleep (either that or The Office). The more that I watch, the more I admire all of the women in their diversity of black sisterhood. More specifically, Maya Wilkes was such an advanced character, that to this day it still shocks me. Although she is constantly poked at for being the “teen mom” of the group, she manages to hold her own. She goes on to attempt to go back to school while raising her son as a single mother after her divorce. She then finds her calling in life to be a writer and eventually pens a best selling book, entitled “Oh, Hell Yes!” Her character had humor, yet so much depth. Aside from Joan, we connect the most on an emotional level with Maya. We experience her getting kicked out of her home after her infidelity, her dealing with a teenage son, and even experiencing the loss of her baby and book deal simultaneously. Maya was the everyday woman who fought to make a name for herself. She was a reminder to me that we may have many adversities and things may not always come easy, but eventually hard work pays off.

Take a peak at her sassy attitude: Maya vs Toni

4. Maxine Shaw from Living Single: Can we get into the force that is “Maxine Shaw, Attorney-at-Law”? Listen…she had the original undercut along with dreads and was still killing it in the corporate arena. Hell, I want some goddess braids right now, but I’m afraid to take that into Corporate America. Maxine was a fierce force with which to be reckoned. She did a great job at being a lawyer and even went on to make the decision to have a child on her own (which coincidentally ended up being Kyle’s). Max was a free-thinker with a healthy appetite and she was never apologetic for it. She stood strong in her beliefs but was still a woman of the people. She made me feel as though it’s ok to be strong, independent, and self-established, and still have the emotional capacity for love and family.

Check out Max attempting to get her first tattoo.

5. Jaleesa Vincent from “A Different World”: Jaleesa, Jaleesa, Jaleesa. Where do I even start with her character? She was a divorcee that returned to college to better herself. She pushed herself to do her best in all of her classes, while still trying to experience the college life at a later age. Her character was so charismatic and well-rounded. She had the work ethic and determined mindset in school and in the workplace that I always wanted for myself. She was not afraid to say that love can wait while she focused on her career. She was driven to be the best, but was still vulnerable enough to share some of her insecurities as she did in the episode where she was too nervous to share her paper in front of the class. Jaleesa Vincent was a motivated individual but she constantly cared. She was the woman that everyone respected because she demanded it. 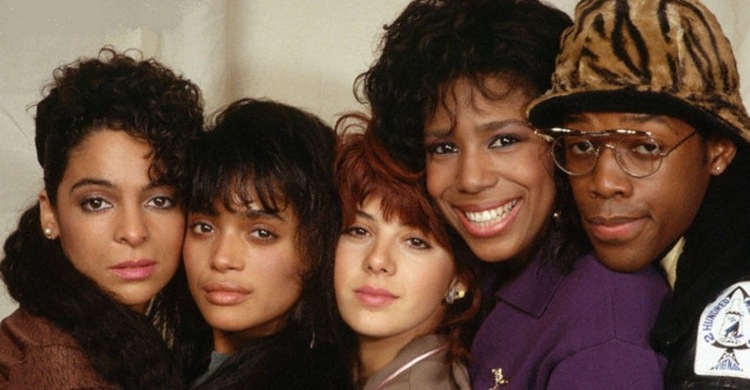 Jaleesa shows her softer side in love.

6. & 7. Florida Evans & Willona Woods from “Good Times”: Yes, of course I gave my favorite show of all time 2 slots. *kanye shrug* Florida Evans was the epitome of poor, black mom goals. She constantly did what she could to make a way out of no way for her family all while making sure that they were equipped to stand on their own. She pushed them to keep their faith in God and knew that better days would come for them. No matter how hard things may have seemed with James and his “temporary layoffs” (I know you sang that in your head), Florida still made sure that James never felt emasculated. She only pushed for everyone to do their part and she did hers. She was the true backbone of her family. Mom goals, indeed.

Now, let’s talk about my girl, Willona. Single goals AF. She was so proud to stand in her singlehood which was unheard of back then. She dated whoever she wanted and never put pressure on herself to get married again because others thought she should be. She even went on to adopt Penny (shout out to young Janet!) by herself. She did what she wanted and was unapologetic. She stayed fly in her outfits from the boutique and always had her best face forward. In other words, Willona was an all-around baddie! 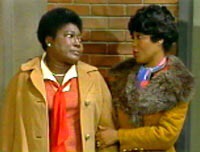 Watch as Willona expresses her desires to not get too serious.

8. Lisa Landry from “Sister, Sister”: Hear me out here. Lisa Landry’s character was so slept on. She was a single mother that uprooted her life for the sake of her adopted child and twin sister. All the while she was there, although invasive a lot of the time, she made sure she fulfilled the mother role to the best of her ability for both children. Even in doing that, she still never lost who she was in the process. She came from a rough background, but still chased her goals constantly. She went from selling clothes out of the trunk of her car, to having a cart in the mall (despite it eventually catching fire), to ultimately getting to dress prominent people like the councilwoman. I admire her because she was constantly on the grind. She did what she could to have her own despite the fact that she was living with someone that could have handled everything for her. She never toned down her personality or who she was no matter who was around. She spoke and dress how she felt comfortable. Lisa was the cool mom who never got enough credit.

Check out this Best of Lisa Landry video!

All of these women had something to admire about them. Whether it was Lisa’s willingness to flaunt her sex appeal or Maya’s constant desire to become more than just a secretary. Every woman was their own definition of black womanhood. Every woman left a mark on my personality, my goals, and even the way I dress.

Like I said before, I’m sure there are plenty more but these are some of my faves. Who were some of your favorite/ most influential tv characters?
➡️❤️⬅️

One thought on “8 African American Women Ahead of their Time: The Influence of Pop Culture on my Womanhood”